There are many reasons to be grateful for The Mockingbird Next Door, Marja Mills‚Äôs wonderful memoir of Harper Lee and her sister, and being enticed to re-read To Kill a Mockingbird is just one of them . . . [S]ympathetic and respectful it may be, but The Mockingbird Next Door is no sycophantic puff piece. It is a zesty account of two women living on their own terms yet always guided by the strong moral compass instilled in them by their father . . . It is also an atmospheric tale of changing small-town America; of an unlikely, intergenerational friendship between the young author and her elderly subjects; of journalistic integrity; and of grace and fortitude . . . Despite her enervating illness, Mills‚Äôs writing is energetic . . . The Mockingbird Next Door is warm yet wistful, a lament for the books Harper Lee never wrote . . .The world she depicts is sadly gone, but ‚ÄĒ lucky for us ‚ÄĒ she caught it just in time.“

“A lot of people have a lot of ideas about what it means to be American, but here’s one more: To Kill a Mockingbird . . .That fact alone makes The Mockingbird Next Door, a memoir by Chicago Tribune reporter Marja Mills about her friendship with the book’s author, Harper Lee, a valuable artifact. It’s also a thoughtful, sweet-tempered, witty piece of work . . .¬† The Mockingbird Next Door offers a winning, nuanced portrait. Indeed, given Lee’s deep privacy and advanced age, it seems unlikely we’ll ever have a better record of a remarkable American life.“

“[Marja Mills] has written an intimate, moving book about a rare talent.” 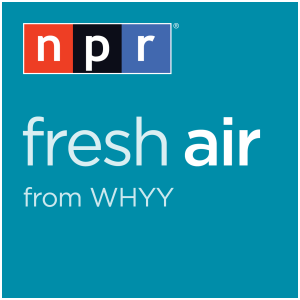 “Charming . . . The Mockingbird Next Door offers a rich sense of the daily texture of the Lee sisters’ lives . . . The world that Mills was invited into over a decade ago has disappeared: both Alice (now 102) and Harper Lee (now 88) are in nursing homes, memories faded. Fortunately, in Mills, the sisters found a genteel family chronicler knocking at their door at the eleventh hour.”

“15 Titles to Pick up Now: Mills has done what no writer before her could: She got Harper Lee to open up about her life, her work, and why she never wrote another book.”

‚ÄĒO The Oprah Magazine
July 2014 The Best Books of Summer

“A rare, surprising, and respectful look at the Lees and their milieu.”

“It‚Äôs a testament to one-time Chicago Tribune reporter Mills‚Äô skill ‚ÄĒ and being in the right place at the right time ‚ÄĒ that she befriended Lee and her lawyer sister, Alice, in the author‚Äôs hometown of Monroeville, Ala., and was chosen to set the record straight on Lee. A wonderful, insightful and long overdue tale about the author of one of the greatest American novels.“

“Hot Type: The Mockingbird Sings: More important than these answers, however, is the voice of Lee herself — and her message, which we still need to hear.”

“I’m grateful for the time Marja Mills spent with both Lee sisters and their perceptive hometown friends . . . a gentle and evocative portrait of Monroeville today . . . Ms. Mills’ brief, charming memoir offers a rare picture of the reclusive author in her later years, a valuable addition to Harper Lee lore. “

‚ÄúIn telling their story in The Mockingbird Next Door, Mills writes with the amazement of one who feels kissed by fate. We in turn are blessed with an intimate portrait of Lee.‚ÄĚ

“…[U]nlike the masses that went before her, Mills pulls off a journalistic coup by getting first Lee’s sister Alice to open doors for her and then Lee herself . . . Mills has enjoyed unprecedented access to Lee, and we should be grateful for the tidbits she throws our way.”

“Underneath the plain, clear language of The Mockingbird Next Door is an enchanting, atmospheric portrait of two sisters and the southern town they inhabit (when Harper Lee is not living in New York). Mills makes a point of avoiding gossip, but that hardly matters. The book is compelling and charming; and it brings Harper Lee and her world, both past and present, to full life.“

—An Amazon Best Book of the Month Review, Chris Schluep

“A skilled writer and storyteller… Mills found herself living a journalist’s dream: ¬†drinking coffee at McDonald’s alone with Harper Lee; ¬†joining the sisters while they fed the ducks; ¬†eating supper with them and neighboring friends. All along, we witness the telling, telling, telling of stories: stories about A.C. Lee, Nelle’s lawyer-father, the inspiration for her famous fictional character Atticus Finch; ¬†stories about their hometown and its characters. We witness the sisters’ love of history, language books. We learn of family tragedies and hear about Nelle’s estrangement from Truman Capote: ¬†we get a feel for Nelle’s need for privacy, her directness and occasional anger.

From a personal angle (and this will ring true for many readers with older Southern relatives), this book helped me remember my mother and her sisters, their companionship and nurturing of each other, their play with language, their spats, their soft satire about a neighbor’s habits, their frugal stoicism (a Monroeville neighbor — as my mother did — refreezes used ice).

It might even be an advantage that Mills was down from Chicago, peeking into a Southern community with an open mind, passing to the reader perspectives less likely to come from a Southerner. “

“The development of trust and friendship between Mills and the Lee sisters took time, but even in those first minutes, the relationship was nearly unprecedented ‚Ä¶Told charmingly in the Lees’ southern drawl and with the affection and closeness that the story reveals, The Mockingbird Next Door is quietly admiring and satisfyingly intimate, and will captivate not only fans of Lee’s great American novel, but fans of real people living modest lives in small-town Alabama, or anywhere.”

“Reading¬†The Mockingbird Next Door¬†is like opening a window into Harper Lee‚Äôs private world. As the window closes on the last page, we‚Äôre left with nostalgia for one of literature‚Äôs greatest talents and the feeling we had the very first time we read her remarkable novel.” 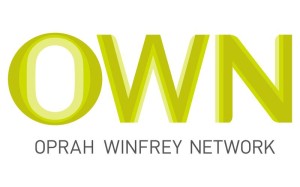 “Another real discovery¬†… This intrepid journalist … learned more about the stories behind To Kill a Mockingbird and Harper Lee than anyone ¬†before, after or since.”

“This glimpse of a rare bird is delightful.”

“Marja Mills‚Äô engrossing first book . . . is an extraordinary account of roughly a decade in the day-to-day life of the reclusive writer behind one of America‚Äôs seminal texts: To Kill a Mockingbird . . . The result is a gentle read, best enjoyed over a mint julep, say, or some sort of sipping drink, that sheds some necessary light on a persistent literary mystery . . . This one-of-a-kind work may stand as the closest thing to an autobiography that we‚Äôre getting. Mills‚Äô take on the Lee sisters . . . is a portrait of a lovely friendship between a searching young woman and some remarkable and intelligent sisters who have lived lives out of time.”

“A winning and affectionate account…The Mockingbird Next Door offers a tender look at one of our most beloved and enigmatic writers, as well as the town that inspired her.”

“For To Kill a Mockingbird fans it’s a must-read.”

“Here, Mills recounts the surprisingly easy and natural way she did indeed meet, first, older sister Alice, a still-practicing attorney in her 80s, and then Nelle, whose sharp, eccentric personality, keen opinions, and generous reminiscences make this a must-read for fans. Subjects covered include the tribulations attending a first-time novelist’s instant fame to Lee’s childhood friendship with Truman Capote. ¬†An atmospheric image of the South, then and now, emerges as Mills recounts daily life with the sisters¬†…¬†Nelle’s sweet friendship with Mills elicits a forthcoming portrait of the author, her family, her time, and her South that is thoughtful, witty and rich in feeling.”

“When the Lees express their hope that Mills will record their reminiscences and ‚Äúset the record straight,‚ÄĚ she rents the house next door and devotes herself to listening to tales of the Lee family; Nelle‚Äôs relationship with their childhood neighbor, Truman Capote (‚ÄúTruman was a psychopath, honey‚ÄĚ); and the nearly overwhelming repercussions of Nelle‚Äôs novel. ¬†Mills‚Äô struggles with lupus bring her even closer to the sisters. ¬†As she portrays the exceptional Lee women and their modest, slow-paced world with awed precision, Mills creates a uniquely intimate, ruminative, and gently illuminating biographical memoir.“

“Often, friends joined in the outings, breakfasts and dinners that Mills and Lee shared. Together, they watched two movies about Truman Capote, with whom Lee had worked as researcher for¬†In Cold Blood; their relationship soured later. ‚ÄúTruman was a world-class gossip,‚ÄĚ Lee told Mills.

The sisters‚Äô trust that Mills was not a gossip is borne out in this charming portrait of a small Southern town and its most famous resident.” 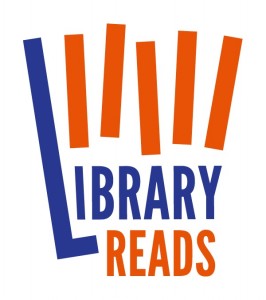 “A warm and engaging telling of the life story of Harper Lee. Like no other biography, this book offers insights directly from Lee‚Äôs point of view as shared with the journalist she and her sister embraced in friendship late in their lives. Informative and delightful!”

“The Mockingbird Next Door¬†is¬†quirky, honest, unpretentious, delightful, insightful, and moves at its own sweet pace.¬†It is wholly unlike anything I’ve ever read, a reflection of both the author and her sympathetic subject. We should all be glad that Marja Mills went down to that Best Western in Monroeville in search of Harper Lee.‚ÄĚ

‚ÄúYou might come to¬†The Mockingbird Next Door¬†to find out why Harper Lee never wrote another novel. But you‚Äôll stay with it for its¬†lush evocation of the South, and for the insight into what made this reclusive author the person she became.¬†In these pages, you‚Äôll see the book-crowded house where Harper Lee lives with her sister, Alice. You‚Äôll go along on outings, sit in living rooms and at restaurant tables with the Lees, read faxes they and the author send back and forth, and appreciate the small and not-so-small revelations they offer: life when they were growing up with their father, who was the model for Atticus Finch; how reading sustains a person for a lifetime, how deeply embedded values don‚Äôt change just because the times do, why it‚Äôs a good idea to regularly count the ducks you feed. I suppose we all thrill to the notion of learning personal things about a deeply private but world-famous person. What we don‚Äôt necessarily expect to see is how gently, respectfully and, above all, naturally it can be done. While I appreciated getting to see and hear the ‚Äėreal‚Äô Harper Lee, I enjoyed as well the chance to meet Marja Mills, the woman who did what no one before her had because of her guileless trustworthiness, kindness, and care.‚ÄĚ

‚ÄúIn¬†The Mockingbird Next Door, Marja Mills offers readers a rare gift, the opportunity to know an American icon. We all know that Harper Lee made a singular impact on American culture and letters with her classic¬†To Kill a Mockingbird. But, we have never had the opportunity to know the great lady herself. I‚Äôm so glad that she and her sister Alice Lee decided to open up their world to Mills. I promise that¬†the real Harper Lee is more than worth the wait, and Alice Lee emerges as a fascinating character¬†in her own right. Mills was lucky enough to be invited into the lives of the Lee sisters, and it‚Äôs a treat for all of us to join her there.‚ÄĚ 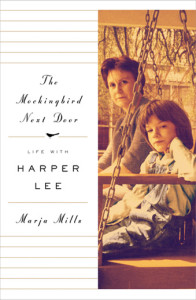